My Problem with Netflix’s Wednesday 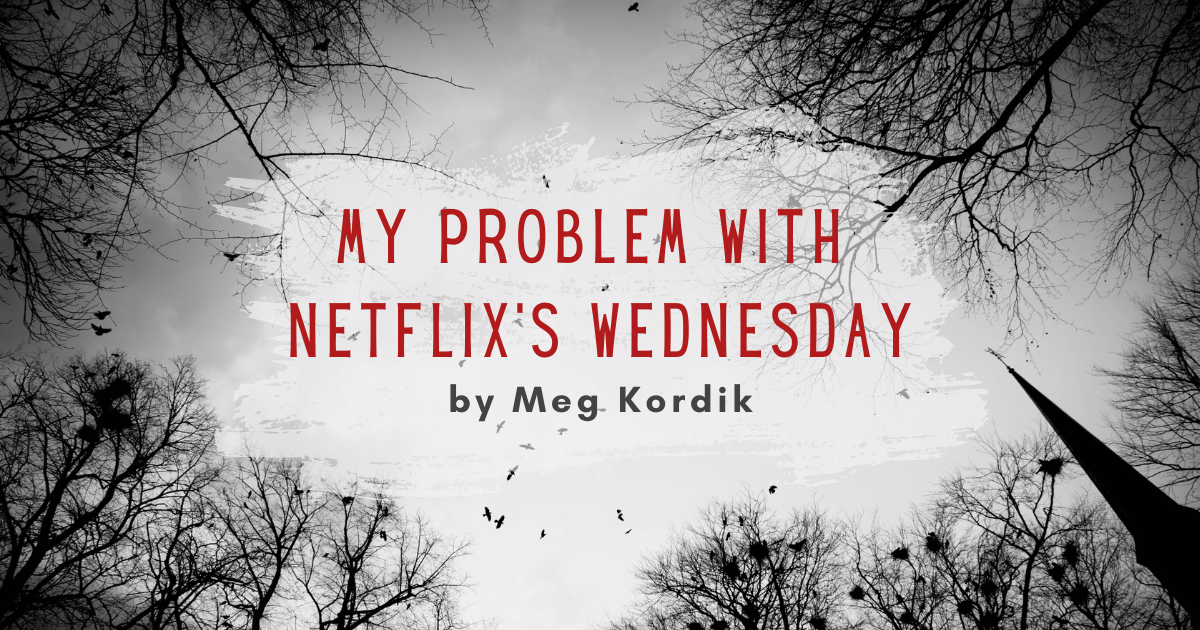 Netflix’s hit show Wednesday came out of the gate swinging when it was released last November. In its first week on the platform, Wednesday accumulated 341.23 million hours of streaming, surpassing the previous record set by Stranger Things 4. Stranger Things, however, is a beloved franchise that has been building a fanbase since its initial release in 2016, and has been praised for its unique plot, sci-fi mystery appeal, talented cast of actors, and time-period nostalgia. So how did Wednesday overcome a prior record that was 6 years in the making upon initial release?

To be honest, I still can’t tell you the answer.

Based on the original comics and executive produced by Tim Burton, Wednesday started streaming on Netflix November 23rd, 2022. The main cast includes Jenna Ortega (Wednesday), Gwendoline Christie (Larissa Weems), Emma Myers (Enid Sinclair), and Christina Ricci (Marilyn Thornhill), who also played the role of Wednesday in the 1990s Addams Family film franchise. Of all these actors, the only person anyone talks about is Jenna Ortega. Don’t worry — we’ll get to that.

Before I begin, I want to provide the disclaimer that I’ve only watched the first episode. Therefore, this review won’t contain spoilers.

People keep telling me, “Meg, you don’t have the full picture,” or, “Meg, you really need to give it a chance.” After the first episode, thought, I decided the rest of the series isn’t even worth my time to find out, and with good reason.

The biggest problem is that nobody actually likes the show; everyone just likes Jenna Ortega. If you read anything about this show, nobody is talking about anything essential to the show. It’s always, “Jenna Ortega in this scene,” or, “Jenna Ortega doing this dance.” Do you know why Jenna Ortega is the only thing people can talk about? First, she’s objectively stunning and is an incredibly talented actress that’s captivating to watch. Second — and arguably more important – is that everything else about the show is lacking.

For example, every other actor in Wednesday was subpar or just plain bad. Also, the script feels “forced gen-z” and like it was written by an older white man who thought to themselves, “This is what the kids are saying, right?” And Wednesday’s entire character motivation makes no sense because she’s known from the Addams franchise to represent the antithesis of a hero, and then in this series proceeds on the trajectory to solve a murder-mystery (much like a hero would). Doesn’t Wednesday want death and destruction? Isn’t that her whole thing?

Right off the bat, the central character is confusing to grasp. She claims in the pilot episode that she doesn’t use social media, but somehow is still in tune with gen-z slang terms and social norms that clearly formulate in online settings. Everything about the way her character was written contradicts itself.

To sum up the plot: too many teenagers with supernatural powers omit toxic levels of angst and claim to be “stuck in this town.” A murder and subsequent crimes happen, and the aforementioned angsty teenagers decide to team up and stop it.

It kind of sounds exactly like Riverdale. There are so many cliches and cringe-worthy moments it’s almost hard to bear. There’s no reason why a Riverdale-comparable show should be breaking all the records that it is. When you take away all the aspects of the show that are lacking – the characters, the script and dialogue, the reused plot, the mediocre acting, the forced modernity – all that’s left is Jenna Ortega.

I’m here for Jenna Ortega, but not for Wednesday.

Filling Out My 2023 Baseball HOF Ballot

By Sam Fretto The 2023 Baseball Hall of Fame ballot has been released, this time without the “Big 3” of Barry Bonds, Roger Clemens, and Curt Schilling, as it was the last year on the ballot for them in 2022. Making their debuts on the ballot are Bronson Arroyo, Carlos [...]