Filling Out My 2023 Baseball HOF Ballot 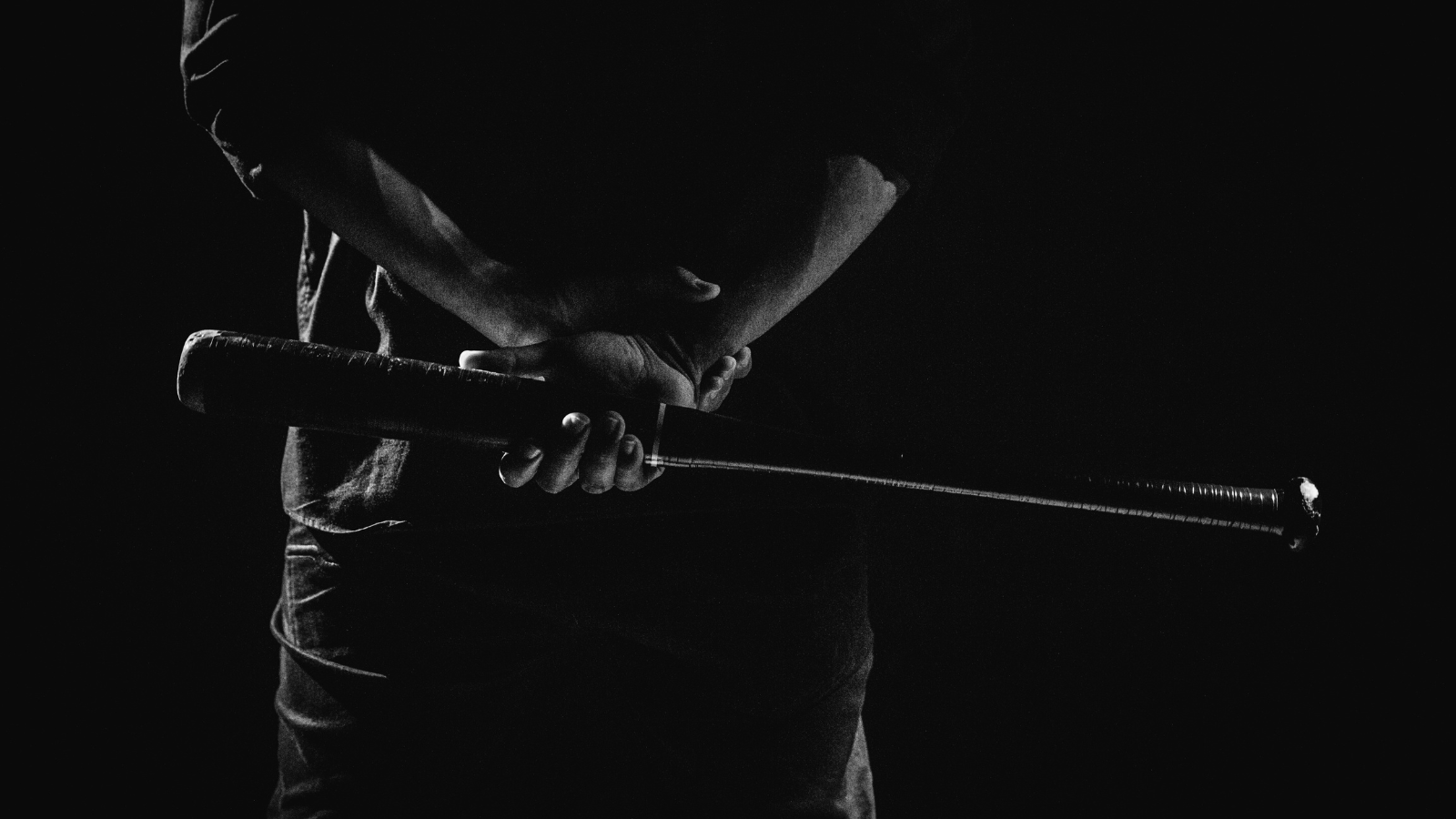 The 2023 Baseball Hall of Fame ballot has been released, this time without the “Big 3” of Barry Bonds, Roger Clemens, and Curt Schilling, as it was the last year on the ballot for them in 2022.

This year’s ballot makes for an interesting ballot because there are Hall-of-Fame-worthy players, but nobody is a lock like we’ve seen in previous years with Derek Jeter, Ken Griffey Jr., and Mariano Rivera.

Beginning with Carlos Beltran, he was a terrific player and had a great prime. He won Rookie of the Year, was a 9-time All-Star, 3-time Gold Glover, and 2-time Silver Slugger. Beltran had an 8-year stretch where he accrued 46.5 WAR (Wins Above Replacement). Beltran’s peak made him a superstar in baseball. It would be disingenuous to not mention the elephant in the room, though. 2017. He was a part of the Houston Astros and was a big part of the cheating scandal they had. While I hate the fact that the Astros cheated and the World Series will have an asterisk next to it, that shouldn’t discount what Carlos Beltran previously did. I would have voted for Bonds and Clemens, so there is no reason to keep out Beltran. All in all, Carlos Beltran at the end of his career had 67.8 fWAR (Fangraphs WAR) and 70.1 bWAR (Baseball Reference WAR) along with 435 career home runs and 2,725 total hits. Beltran’s longevity is what gets him into the Hall of Fame for me.

Next on my ballot is Todd Helton. Helton was a guy that I decided to add at the very last minute after going through all the nominees’ stats again. Helton’s accolades include being a 5-time All-Star, 4-time Silver Slugger, 3-time Gold Glover, and a Batting Title champion. Todd Helton was an elite hitter over his career as he had a 132 wRC+, but what really impressed me is this stretch from 2000 to 2005, where he had a 156 wRC+. wRC+ is a stat that compares hitters to each other. 100 wRC+ is the league’s average. This means during the heart of the steroid era, Todd Helton was 56% better than the average hitter, while he was completely clean. Had steroids not been a factor, he may have been the best hitter of his era. People may try to discredit his hitting due to the ballpark factor of hitting at Coors Field. However, he was still a great hitter away from Colorado. At home, Helton’s OPS was 1.048, while away it was .855. Helton finished his career with 54.9 fWAR and 61.8 bWAR. His 7-year peak for WAR is 4.5 higher than the average Hall of Fame first basemen. He had 369 home runs, 2,519 hits, and a .953 OPS. Helton was a great player and he gets a boost because he played in the steroid era while clean and dominated relative to others who were on steroids.

The third guy I chose to vote for was Andruw Jones. Andruw Jones, like Helton, was another cusp guy for me. Andruw Jones was not an amazing hitter over the course of his career, as he only had a 111 wRC+, however, he was an amazing defender. Defensive Runs Saved was not measured until 2002, but from 2003 to 2007 he had 67 DRS. Andruw Jones was a 10-time Gold Glover, 5-time All-Star, Silver Slugger, and a 1-time 2nd place MVP finisher. He finished his career with 62.7 bWAR and 67 fWAR along with 434 home runs. He wasn’t a magnificent hitter but a generational defender. His 7-year peak was 46.4 bWAR, which is slightly higher than the average Hall of Fame center fielder. Andruw Jones did not have the longevity that other Hall of Fame center fielders had, but his peak was on par with others and he barely squeaks in for me.

Manny Ramirez is my 4th choice listed on the ballot. Manny Ramirez was an absolute star at the plate. Over the course of his career, he had a 153 wRC+ and 555 home runs. He had a great 18-year career but he never had a peak where you could say he was a top 5 player in baseball. His best year was in 1999 when he put up 7.5 fWAR and had a 172 wRC+. His career WAR is 69.3 which is higher than the average for a Hall of Famer left fielder, which is 65.2. Unfortunately for Manny, he also has the baggage of taking steroids. However, I must keep it consistent and I would have voted for Barry Bonds and Roger Clemens so I am voting for Manny as well. Overall, Manny Ramirez deserves the vote, he finished his career with 69.3 bWAR and 66.3 fWAR, 555 home runs, and a .996 OPS.

The most controversial vote on this ballot is certainly Alex Rodriguez. As much as I hate to say it, he is a Hall of Famer. If Alex Rodriguez was half as good at broadcasting baseball as he was at playing baseball he’d be great. Alex Rodriguez ranks 16th in all of baseball history in bWAR with 117.6, and 17th all-time in fWAR with 113.7 if you combine hitters and pitchers. A-Rod has had multiple seasons with 50 home runs. He is a 14-time All-Star, 10-time Silver Slugger, 3-time MVP, 2-time Gold Glover, and has a Batting Title. He hit 696 career home runs, 3115 hits, and 2086 RBIs. People may not like him, but he is one of the most decorated players in baseball history and deserves the Hall of Fame.

My favorite pick on my ballot is Scott Rolen. Scott is such an underrated and underappreciated player. He is very similar to Andruw Jones in the way that he didn’t make his name with his bat, it was with his glove. From 2004 to 2011 Scott Rolen had 118 DRS. The difference between Rolen and Jones, though, is Rolen had a slightly better bat. For his career, Scott Rolen had a 122 wRC+, which is 11% better than Andruw Jones for his career. Scott Rolen for his career accrued 70.1 bWAR and 69.9 fWAR, although he only hit 316 career home runs, he still had an OPS of .855. Career accolades include being an 8-time Gold Glover, 7-time All-Star, a Silver Slugger, and Rookie of the Year. He doesn’t have the most impressive resumé but had a good enough career to hit milestones like 70 career WAR, which would be one of the highest WARs to not make the Hall of Fame without the excuse of gambling and cheating.

My penultimate choice is Gary Sheffield. Sheffield’s case relies solely on how masterful he was at hitting. 509 career home runs, .514 slugging%, and .907 OPS. This was good enough to make his career OPS+ 140. While his career bWAR is only 60.5, which is below average for a career right fielder, he spent the first few seasons of his career, playing 3B which hurt his WAR number due to ineffective fielding. Once he got put in RF his WAR jumped up while his OPS+ stayed in the same vicinity. His 7-year peak was 38 WAR, while the average RF 7-year peak for a Hall of Famer is 42.7 WAR. This case is another where steroids play a factor so I must keep it consistent. Gary Sheffield is certainly a cusp vote for me but he gets in.

Last but not least, I use my 8th vote on Billy Wagner. Billy Wagner is undoubtedly one of the greatest closers of all time. He posted a career 2.31 ERA and recorded 422 saves, which ranks 6th all-time. He has 1,196 career strikeouts in 903 IP, and a career WHIP of .998. He was only a 7-time All-Star, but the numbers speak for themselves. Billy Wagner should be a lock to make the Hall of Fame.

Overall, my ballot may be a bit generous letting in guys such as Andruw Jones or Gary Sheffield, but this ballot is consistent, and that is something that many baseball writers and guys who vote for the Hall of Fame don’t do. These guys on the ballots were great at what they do but only the best get immortalized in the Hall of Fame and I believe each guy I selected deserves that plaque in Cooperstown.

DIY is a scene and style in music that’s all about doing it yourself, including writing, recording, mixing, and promoting. It’s been around since the inception of music and has become more prominent in in the past few years due to the evolution of technology. In recent years, one artist [...]