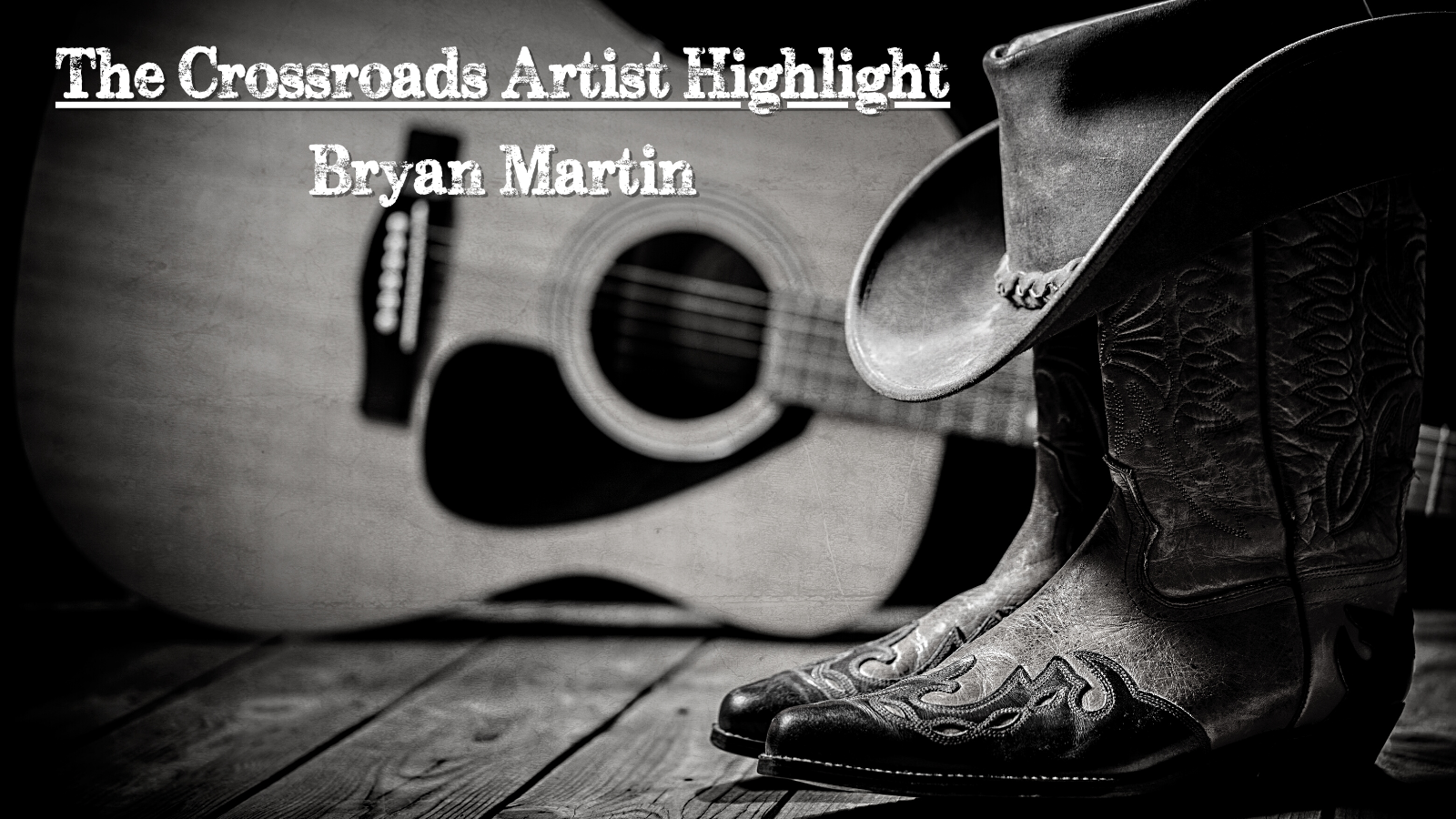 The Crossroads is one of the newest shows on FM89, meaning a whole new batch of genres, artists, and songs. Outlaw country rock, southern rock, shadow country, and delta blues are just some of the genres that the show will highlight. While I’m excited to bring new and different music to your attention, I think it’s also essential to introduce current artists. So, without further ado, I present to you…Bryan Martin.

Martin, who grew up as a bull rider and oil rigger in rural Louisiana, released his sophomore album, Self Inflicted Scars, on April 29th through Average Joes Entertainment. He went viral on TikTok after his hit, “Beauty In The Struggle,” was heard millions of times.

While some of his songs are poetic masterpieces about love, Martin’s outlaw “roughneck” upbringing helped shape some of the hits that The Crossroads features. The Crossroads’ debut show featured “Never Leave Your Guns Behind” and “Everyone’s An Outlaw,” along with The Crossroads’ Weekly New Music feature, “FAFO.”

The Crossroads praises the artists who are proud of who they are, their stories, and what they stand for. Martin is a perfect embodiment of the show’s philosophies. He’s admitted that the sophomore album’s title was based on his “deepest and darkest days” where he felt like he was at rock bottom. A true outlaw never has to explain themselves, but it takes a certain type of strength to admit when you feel weak.

Martin has lived a full life, despite being relatively young, having been a singer since he was 8 years old, along with working several blue-collar jobs. His appreciation for his upbringing shows through his music, as he’s cited traditional country music artists as a major inspiration for his own work. Shaped by his mother, who was also a singer, and his blue-collar upbringing, he’s a hard worker who just wants to be the best artist he can be. He lives by the best advice he ever received – “Don’t let your head outrun your feet…follow your heart and stay true to your roots.”

Tune in every Wednesday night from 8 to 10 to listen to Bryan Martin and other outlaw rockstars on The Crossroads, and remember to embrace your inner outlaw.

Fringe Radio: Welcome to the Fringe

Can you remember the first time you were truly captivated by music? Where were you? How old were you? What was it that grabbed your attention? For many people, this is a pivotal moment. The beginning of a life-long obsession. From there, you might find yourself listening to whatever you [...]