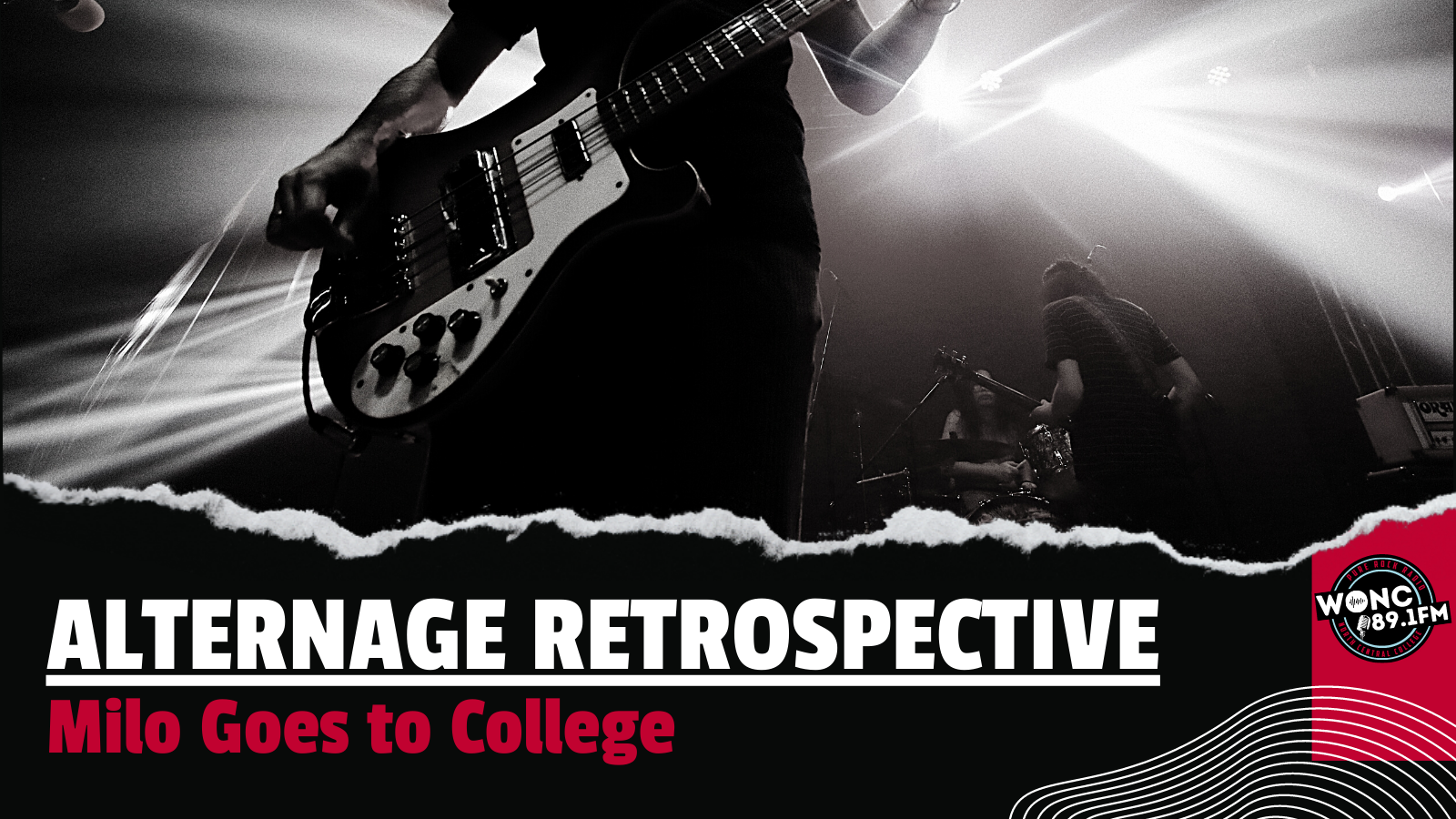 “I want to be stereotyped; I want to be classified.” These are lyrics that can apply to any generation of music listener. They were written by California punks Descendents and were released on the 1982 album Milo Goes to College.

Descendents are a California punk band that formed in 1977 with members Frank Nevetta, Tony Lombardo, Bill Stevenson, and Milo Aukerman. They released their first album, Milo Goes to College, in 1982, featuring melodic, fast, short songs, clocking in at 22 minutes with 15 tracks in total. The iconic title of the album was a reference to lead singer Milo Aukerman leaving the band to study Biology at the University of California in San Diego.

The words, music, and themes on Milo Goes to College became a major hit in the punk community, and it’s considered one of the greatest punk albums of all time, inspiring many in the pop punk genre due to its relatability and music style. Even with only 22 minutes of music, the band was able to capture their teenage angst about relationships, identity, parents, and more in every song, making them easy to relate to for anyone going through similar issues. Top things off with fast and angry tones and you have a recipe for an album that can allow punk fans and non punk fans to come together and enjoy the music under a common theme.

The relatability of Milo Goes to College and its success left a lasting the impact on the punk community and has influenced artists throughout the years, including Blink 182, Zach Blair, MxPx, and Fat Mike, who says that it’s his favorite record of all time, likely inspiring his writing for NOFX. Even Dave Grohl spoke about the album in the Descendents/All documentary Filmage, saying that if Descendents had released Milo Goes to College in the 90s, it would’ve topped the charts and the band would be living in mansions.

Descendents crafted an album that continues to inspire bands and is held in the highest regard when it comes to the punk and pop punk community due to its musical and lyrical content. The effect of Milo Goes to College has been felt across the music world, whether by inspiring artists or single-handedly starting a new genre.

What's Happening on the Southside?

By Sam Fretto The 2022 White Sox came into this season with the highest expectations they’ve had since 2006 and they’ve failed miserably. Their rebuild started in 2016, when they traded ace and potential Hall of Famer Chris Sale to the Red Sox in exchange for Yoan Moncada and Michael [...]