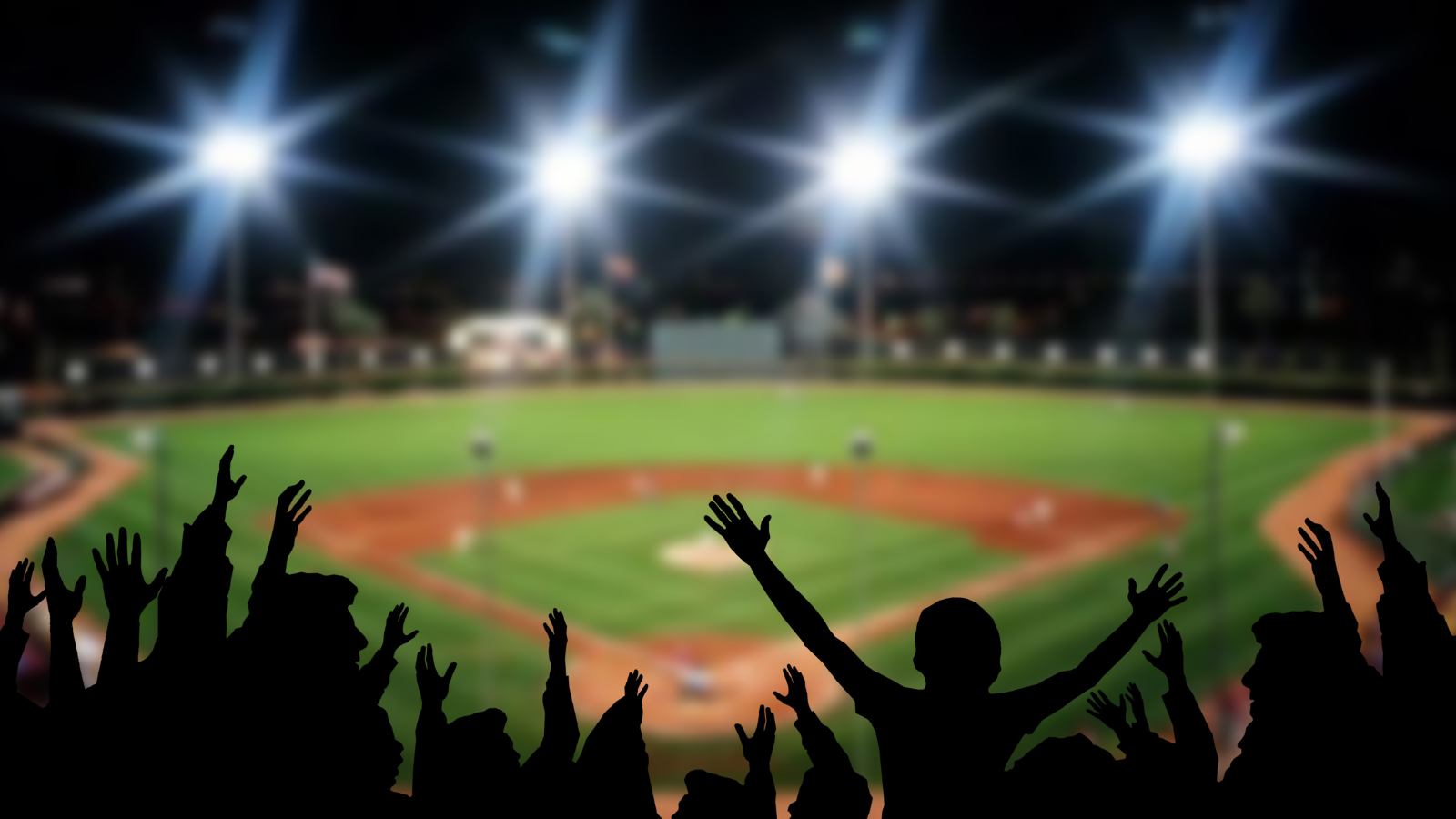 The baseball offseason is upon us and that means it’s time to fantasize about all the moves your favorite baseball team can make. For some, it can be fun, you can be a team that’s a piece away and needs to sign that big free agent to help put your team over the top. You could also be a team that needs to retool or rebuild. The options are limitless.

I will share my vision about what I think the White Sox should do to help them retool and contend this next season. This will remain as realistic as possible. For example, Jerry Reinsdorf is not shelling out the money necessary to sign Aaron Judge.

The Chicago White Sox have a fairly good roster despite the fact they went .500. Injuries, mismanagement and career-worst seasons by multiple players created the perfect storm for the Sox to finish 81-81.

The White Sox have most positions filled but there are quite a few glaring needs. Positional needs include 2B, RF, and LF. As for pitching the White Sox need another rotational arm that can eat innings.

I would look to call up the White Sox number 2 ranked prospect Oscar Colas. Oscar Colas is a 24-year-old left-handed hitting outfielder signed out of Cuba. He made his mark by rising up very quickly through the minors as he went from Single-A all the way to Triple-A in just a season. For the year he slashed, .314/.371/.524 while hitting 23 HRs and walking 38 times. Even though it is a small sample size of 7 games in Triple-A, Colas slashed .387/.424/.645 and hit 2 HRs. I think he is ready for the big leagues and he brings 2 things the Sox lacked last year. A left-handed bat that also has power.

There are a few options at 2B for the White Sox in the organization. The first guy I would love to see play 2B every day is Danny Mendick. Danny Mendick sadly tore his ACL last year after colliding with outfielder Adam Haseley. Danny Mendick took over 2B after Josh Harrison and Leury Garcia both had slow starts to the season. In just 31 games Danny Mendick slashed .289/.343/.443 and a 125 wRC+. Mendick played solid for what was needed as a 2B.

RF has been a glaring issue since 2019 when the White Sox let go of Avisail Garcia. They could’ve done the logical thing and signed Bryce Harper but the White Sox did not want to make that commitment and struck out on Manny Machado. There are a couple of ways the White Sox can fix the need.

This first idea could potentially blow up in the face of the Sox if they were to make it; however, for the risk, the reward can be very high. Give Joey Gallo a shot to be your everyday RF. Sure, he strikes out an exuberant amount and he has not been a good hitter for nearly 2 years but this is what the White Sox do. They go bargain bin shopping for guys that haven’t been good in hopes to reinvigorate their careers. Joey Gallo is a guy that would at least make sense because he is a left-handed hitter that has the potential to give you 30+ HRs and give you good defense in the outfield.

The second target that I think is less realistic is going out and signing Brandon Nimmo. Nimmo is going to be 30 years old but he provides exactly what the White Sox have needed for many years. He is a left-handed bat that can play RF, he does not have a ton of power but he is good for about 16 HRs per year if fully healthy. He was worth 5.4 WAR last year and 3.3 WAR in just 92 games in 2021. Brandon Nimmo’s market value according to Spotrac is about $21.1 million AAV for about 5 years. In other words, a 5 year $106 million contract, which would be the biggest contract Jerry Reinsdorf has given in White Sox history. I don’t expect this to happen but I will not say it is out of the realm of possibility.

The starting rotation for the White Sox is a very good rotation on paper. Dylan Cease, the runner-up for 2022 AL Cy Young, Lance Lynn, who finished 3rd in AL Cy Young voting in 2021, Michael Kopech, only going into his second full year as a starting pitcher with some of the best stuff in the Sox rotation, and Lucas Giolito. Lucas Giolito had a rough year in 2022 no doubt. His velocity was down, his breaking stuff did not have the movement that he’s had previously. Going into the season Lucas Giolito had put on 20 pounds of muscle in hopes it would help his velocity, however, it took a hit. His average fastball was only 93 MPH, but there were plenty of times his fastball would be sitting 90-91. He was only in the 36th percentile of fastball velocity.

They still need that 5th SP though. The White Sox need a southpaw in that starting rotation to give some more versatility to that rotation. Look for a potential reunion in the South Side with Jose Quintana. Jose Quintana has reinvented his career with the Pirates and Cardinals this past year and had a 2.93 ERA for the season.

Quintana fell off a cliff after getting traded from the White Sox back in 2017 and this past season was fairly unexpected. This may turn off teams from giving him the Sportrac projected 2-year $28 million deal. I would be open to signing him on a one-year deal for somewhere around $7-9 million.

The White Sox do not have a great farm so that can seriously limit them in trades they could make. They are not going to be making any trades for any flashy stars but they can pull off trades that can bolster their team.

The one trade I would do is trading Gavin Sheets and Minor League Pitcher Jared Kelley for Hunter Renfroe and Eric Lauer.

I see this trade as a win for both sides. Both Renfroe and Lauer are going into arbitration this offseason and Renfroe is set to make about $12 million according to Sportrac, meanwhile Eric Lauer is estimated to make $4.7 million. If the Brewers look to clear money to extend Brandon Woodruff and Corbin Burnes, the stars of the rotation, this is where they would start. The Brewers’ rotation featured 6 good pitchers and Lauer could be seen as the odd man out. As for Renfroe, it has been speculated by rival clubs that he could be traded. This fills 2 needs for the Sox as they get a very good 5th SP that is a southpaw, and gets a very good RF.

The Brewers on the other hand would be receiving Gavin Sheets, a 26-year-old left-handed power bat. I know I said the Sox needed a left-handed power bat, but there just is not room for him on this roster because he should strictly play 1B/DH. If there is one thing Gavin Sheets can do, it is hit. He hit 15 HRs this past season with inconsistent playing time and a hitting coach that did not do him any favors. In his rookie year, in just 54 games, however, he hit 11 HRs. There is certainly potential there for him to break out.

Although, the real prize of this trade for the Brewers may be Jared Kelley. Kelley, who is only 21, was a 2nd round pick by the White Sox back in 2020 out of high school. He has had issues staying healthy and struggled a bit in the minors. However, he showed significant improvement in 2022 compared to 2021 lowering his ERA from 7.61 to 3.52.

Hunter Renfroe has combined for 4.5 WAR over the last two years while putting up 60 HRs. He will give you good defense with a very strong arm and he absolutely rakes. Even if he is not the left-handed power bat the White Sox have been coveting for years, this isn’t a bad consolation prize.

Eric Lauer would be the 5th starter of this rotation and he’d be a good one. He pitched 158.2 innings last season which would rank 3rd in the Sox rotation. His downfall is the amount of HRs he gives up. In 2022 if he were in the White Sox rotation, he would’ve by far given up the most HR/9 at 1.53. If he can limit walks, the HRs will not hurt him as much. Lauer doesn’t need to be a world-beater, just do your job and if he replicated last season, you would be more than happy with that.

My ideal scenario begins with letting Jose Abreu walk so Andrew Vaughn can take over 1B. Next move Eloy to DH exclusively, he should never play the field again. Then you can put Oscar Colas in LF. I would like Danny Mendick at 2B and I don’t even want Brandon Nimmo, I would be all for doing the trade scenario I proposed above. Trading a prospect that will likely not see the White Sox contention window for two guys that can help you win now is a no-brainer.

My ideal opening day lineup would look like this:

So…let’s talk about Don’t Worry Darling. (SPOILERS AHEAD!) I went into seeing this film for the same reason everyone else went to see it: for Harry Styles. As one of his first big feature films, the movie trailer caught the attention of many. However, Styles’ lack of experience seems to also be his downfall. Don’t [...]