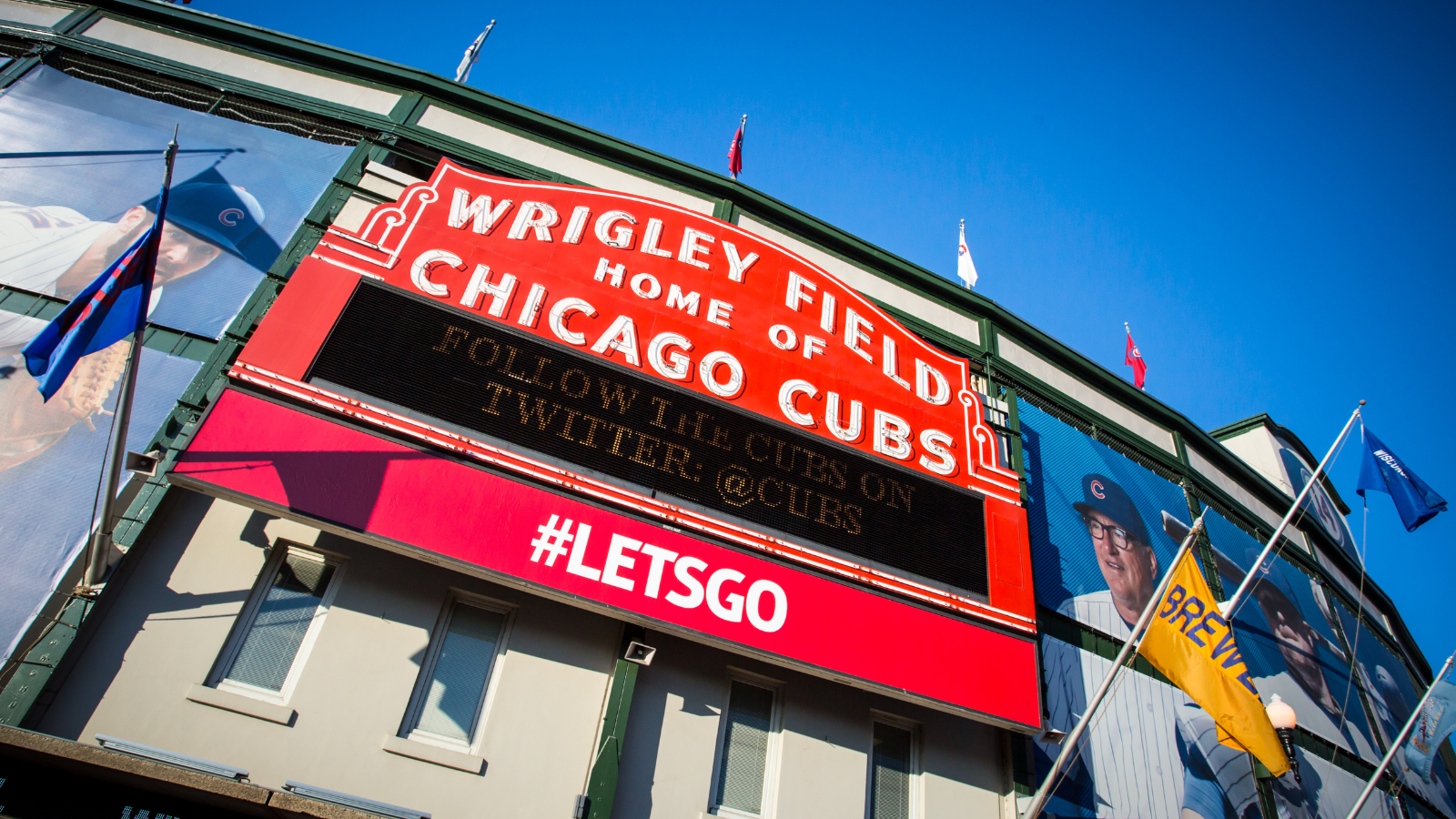 There’s no secret that 2022 wasn’t a super thrilling season on the Northside of Chicago. The first half of the year was absolutely abysmal for Cub fans worldwide, with injuries and a lack of production from some relatively big names being the focus heading into the all-star break. The second half saw significant growth from this group, as they finished eight games above .500, going 39-31 in the season’s final 70 contests.

Jed Hoyer and the front office should look to use this gathered momentum and add to this developing young core, which will soon become even stronger when some of the farm’s bigger names are ready for the show.

Now, there are still many spots on this roster that need to be improved, and while some of these holes will be taken care of by the aforementioned farm system, there are a plethora of names on the open market that can help this team both now and in the future.

Landing Rodon would be a pipe dream, but I am all for the chaos. Los has been flat-out dominant over the past couple of seasons, after a rough start to his career, which began on the Southside of Chicago with the Sox.

Rodon spent his 2022 campaign in the Bay with the Giants, where he posted a 14-8 record over 31 starts with an ERA of 2.88, and a WHIP of 1.03. He also posted a WAR of 5.4 on his way to his second career all-star game appearance at Dodger Stadium back in July.

While he wouldn’t come cheap, this is a bonafide ace in this league. He’s the type of guy you build a pitching staff around and if the Cubs want to get serious, this is how you do so. He would slot in perfectly as the Cub’s main guy, ahead of Marcus Stroman, Justin Steele, Kyle Hendricks, and what is presumed to be an open competition for the #5 spot in the rotation come spring training.

Now, if we aren’t able to land Rondon, Koudai Senga should be the next option in terms of starting pitching that should be explored by the Cubs. Senga is expected to be the biggest international name on the open market this off-season, and while the Cubs usually stay away from players out of the NPB (Nippon Professional Baseball) their tune might be adjusted here in 2022.

This is all thanks to the signing of Seiya Suzuki this past spring, as the outfielder has given the city a good amount of buzz, despite missing a decent portion of the 2022 season due to injury.

It’s been noted that Seiya is already hard at work recruiting Senga to Wrigleyville, as Suzuki has very high praise for how things are done here in the Windy City. In 2022, Senga posted a record of 11-6, with a 1.94 ERA and a 1.06 WHIP for the Fukuoka Softbank Hawks of the NPB.

While he’s no Carlos Rodon, Senga would be a solid consolation prize if the Northsiders are unable to land the cream of the crop in this year’s free-agent pitching class.

Even though he’s third on this list, Trea Turner is the NUMBER ONE guy I would like to see in a Cubs uniform in 2023 and beyond. The guy is an absolute monster and is the true package in terms of what one would want in a franchise-altering middle infielder.

One of the most important parts of Trea’s game that isn’t even shown in all of those gaudy statistics is how incredible of a base-runner he is. Turner swiped 27 bags in 2022 and has 230 career stolen bases across his 8 seasons in the show. His speed is what makes his presence on the ball field just as deadly as any other aspect of his game, and elevates his ceiling higher than many other premier shortstops in the league.

I know he will cost a fortune, but if the front office wants to make this team a contender in the immediate future, Trea has to be the centerpiece, and the numbers that come with him don’t lie in that he is one of the premier players in all of baseball.

Mr. Bogaerts finds himself on this list as a backup option to Trea Turner. He has spent his entire nine-year career in Boston and has enjoyed much success as a 4-time all-star while wearing a Red Sox uniform.

He put together a very solid 2022 campaign, and his slash line resembles just that: .307/.377/.456. He posted a WAR of 5.8 but did see a slight power decrease with only 15 homers clubbed out in 150 games. Taking a dive at Xander’s 2022 numbers wouldn’t be complete without checking out his OPS-related stats, and they were marvelous. The standard OPS from Bogaerts would be .833, and the OPS + he posted was 131, which is 31 points above the league average of 100.

There are a few reasons why I have Bogaerts prioritized slightly beneath Turner in my preferred shortstops this winter. For one, Bogaerts is losing some power in his bat as I mentioned. He could be seeing a huge part of his game deteriorate and while he might have just had a down year in that respect, that’s something one can’t bank on when trying to sign a middle infielder to a massive contract. Bogaerts is a year older than Turner as well, and these little details also matter when making a franchise-altering decision like this one.

Kiermaier is the least flashy name on this list, so why do I find interest in him for 2023? That would be because the Cubs already have their long-term centerfielder, and his name is Pete-Crow Armstrong. Pete won’t be MLB-ready until at least 2024, which is where Kiermaier comes in. The former Tampa Bay Ray would be the perfect bridge guy to hold the Cubs over until the future all-star (PCA) arrives.

Kevin is most known for his defensive efforts throughout his ten-year career. He has over 2,000 career put-outs, is a three-time Gold Glove award winner, and even won the Platinum Glove back in 2015. He is a career .248 hitter, so he won’t benefit the offensive efforts for this team too much, but I don’t believe he will have a negative effect at the plate by any stretch of the imagination.

The 32-year-old from Fort Wayne, IN has been around the game for a good amount of time and could bring a solid veteran presence to what is a relatively young clubhouse on the Northside, so I wouldn’t be opposed to this low-risk signing whatsoever.

With Matt Mervis expected to reach the majors in 2023, first base isn’t the biggest necessity for the Cubs. However, if some other free agent options fall through, I would love for Jed and friends to make a run at a guy like Josh Bell.

Bell had a productive 2022 season split between Washinton and San Deigo, as he was a part of the massive Juan Soto deal that went down at the deadline back in August. He had a slash line of .266/.362/.422 and hit 17 homers, which don’t include a couple of clutch bombs he hit on the big stage in October.

Despite being 30 years old, I still see Josh Bell having multiple productive seasons in his back pocket. He could be a very strong option to platoon with Mervis, but will definitely be in high demand. He will also come at a premium price, because outside of Anthony Rizzo (who has resigned with the Yankees), Bell could very well be the best first-base option on the open market this off-season.

In case you haven’t caught up with the trend yet, Abreu would be the fallback first-base option if Bell goes elsewhere. The only reason Abreu ever came to mind for me, would be due to the fact that him to the Cubs is a popular rumor that is being floated around pretty much anywhere it can.

Abreu will be 36 years old come opening day, so he doesn’t have many years left in this league. He would be a more cost-effective option than Bell and might even fit as a better platoon option to Matt Mervis. The age difference between Bell and Abreu is a major reason why they are ranked where there are in this free-agent class.

So…let’s talk about Don’t Worry Darling. (SPOILERS AHEAD!) I went into seeing this film for the same reason everyone else went to see it: for Harry Styles. As one of his first big feature films, the movie trailer caught the attention of many. However, Styles’ lack of experience seems to also be his downfall. Don’t [...]