The Bulls Are On Parade, Led By Verstappen 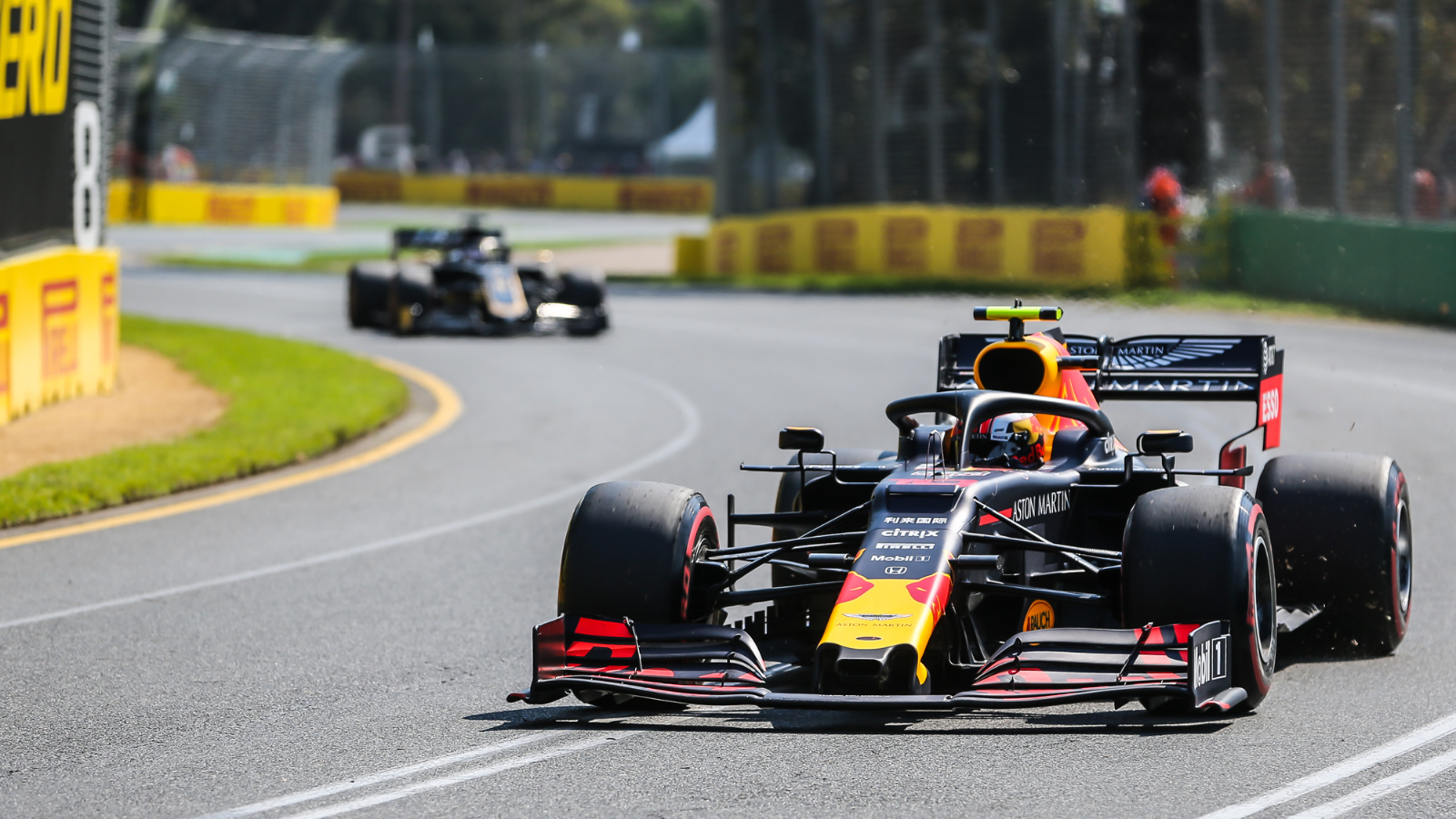 2022 is the year that Max Verstappen proves that his 2021 F1 Championship win wasn’t just based on human error alone. This form for him has continued throughout the only triple-header on the F1 calendar, easily dominating the Ferraris the whole way through.

First up was Belgium, the birthplace of Verstappen and home to the Belgian Grand Prix. After starting down near the back of the pack, due to several grid penalties because of taking a new Turbo Charger and Internal Combustion Engine, in just 12 laps, he managed to take over a theoretical first place and be officially leading the race after just lap 18. As has been the case for most of the year, Max winning the race was not the most exciting part, as he has done so 11 times already this season.

On the first lap of the race, Lewis Hamilton made a diving move on his former McLaren teammate, Fernando Alonso. This move on the outside of the Les Combes chicane was bound to end horribly as you can clearly see. This corner is a struggle to get through with just one car, let alone forcing two whole Formula 1 cars and as a result, it sent Hamilton into the air after their wheels came together, forcing him to retire. Alonso exclaimed over the radio “What an idiot!” and that “[Hamilton] only knows how to race and drive in first”, a nod to Hamilton’s dominance in the turbo hybrid era.

We did not have to wait long for bad luck to befall another one of Hamilton’s former teammates as just one lap later Valtteri Bottas had “just the slightest of touches” from Williams Driver Nicholas Latifi, says David Croft of Sky Sports F1. Besides these two incidents, the only other thing to note is the pitiful job done by the Ferrari Strategists once again, as they finished in third and sixth place.

We then headed to the Netherlands for the Dutch Grand Prix. The actual home race for Verstappen was a spectacle like no other, as is usual for the Dutch crowd; with over 350,000 attending it over the course of the race weekend. This, however, was no easy win for Max Verstappen as he had several close calls with his 2021 rival Lewis Hamilton, who seems to finally be coming into form this year, leading 13 of the 72 laps in this race, losing to Verstappen only due to a late safety car and poor strategy from his team. Hamilton managed to inherit the lead after Max Verstappen made his second pitstop of the race. This would have made it much more difficult for max to have won the race due to the 12-second gap he had to make up, however, due to a late safety car caused by Valtteri Bottas, the pack was once again bunched up for a safety car restart which is where the fault of Lewis Hamilton took over.

According to Hamilton he “failed to put the car into the proper engine mode” when restarting, allowing Verstappen to get in front of him even before the first turn as the Red Bull top speed is a sight to see even with the proper engine mode. Once the pass on Hamilton was done that could be considered the win right there, and that’s exactly what happened. We then headed to the world of Ferrari, despite them really dropping the ball this championship they still hoped for a win on the home soil of Italy for the fastest race on the calendar: Monza.

Verstappen once again started with grid penalties for the Italian GP in Monza. Despite picking up a 2nd place starting position, splitting the Ferrari’s of Leclerc and Sainz, he had his position dropped 5 places into 7th due to taking his 6th of 3 allotted power units. By the end of the first lap, Verstappen had already made his way up into 4th position, getting past the 2nd place Mercedes of George Russell just two laps later where he seemingly just could not get alongside the Ferrari of Charles Leclerc.

It wasn’t until Sebastian Vettel retired his Aston Martin ten laps later that Verstappen managed to get ahead of Leclerc, but only due to Leclerc making his first pitstop of the race, (under virtual safety car which is 8 seconds quicker than doing so on a green flag track) which max would eventually have to follow. Once Verstappen finally made his pitstop he ended up 6 seconds behind the Ferrari but as David Croft of Sky Sports F1 stated on lap 28 “The Red Bull really seems to come alive on the medium tires”, not to mention that Verstappen’s tires are 13 laps newer than Charles’. Once Verstappen starting to catch Leclerc on these tires the Ferrari Strategy team decided to pit him onto fresh soft compound tires.

This required Leclerc to make up an entire second a lap on Verstappen over the last 20 laps of the race to win. After six laps on these tires, Leclerc managed to gain one second of time on Verstappen, making this task seemingly impossible. With 6 laps to go only managing to gain just two more seconds, it seemed as though a miracle was needed for Leclerc; and that’s exactly what he got. On lap 47 of the race, Daniel Ricciardo stopped on track right after the Ascari Chicane bringing out a very late safety car, allowing Verstappen and Leclerc to make free pitstops for what could have been an all-out last lap shootout. However, due to delays getting the safety car out on track, and confusion about the lights on the safety car, the race was ended under said safety car.

Max Verstappen not only swept the triple header but picks up his fifth race win in a row, seemingly going for Sebastian Vettel’s 2013 record of nine consecutive race wins which Verstappen will tie if he continues this form through the Mexican Grand Prix. We have three weeks until the next race in Singapore due to the cancelation of the Russian GP, which is another street race where Verstappen aims to get that much closer to clinching his 2022 World Drivers Championship title. 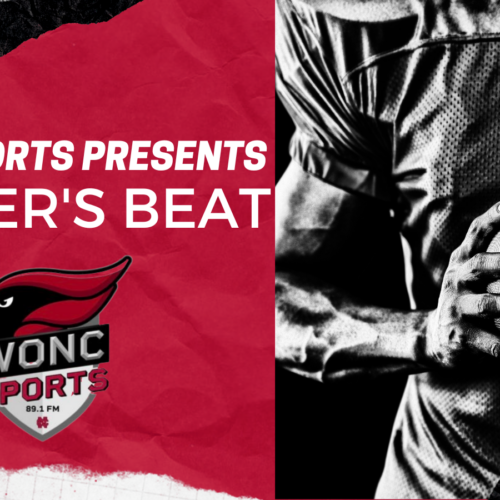 by Evan Bruner No sport in the United States has been able to maintain the popularity that football has. For decades, millions have dropped what they’re doing to watch collegiate or professional football. Football is an art, and when played the right way, it can be beautiful. But like art, ... 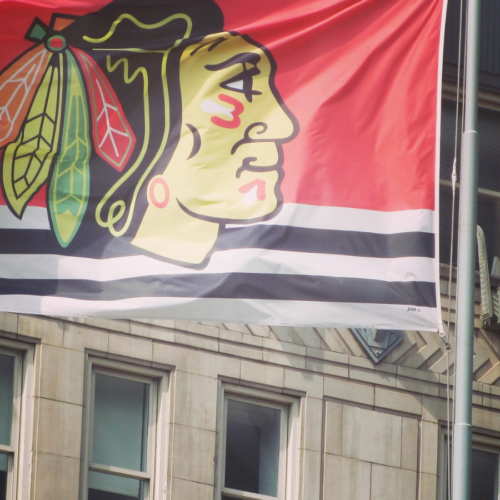 Well, We Still Have Kane…

by Zoie Morack Mentally preparing yourself for the upcoming Chicago Blackhawks season? Yeah, so am I. Between another coaching change, a new general manager, and the trades that broke our hearts this offseason, Hawks fans have a weary outlook on how this season will go. With the first game of ... 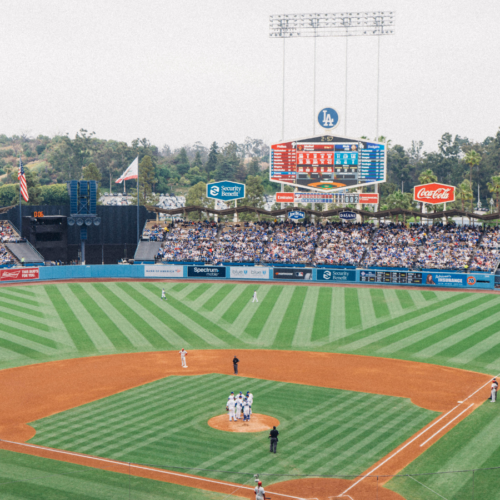 The setting of #699 and #700 – Dodgers Stadium   by Sam Corbett On March 28th, future Hall-of-Famer Albert Pujols announced that 2022 would be his last season. He’d just signed a one-year deal worth $2.5M with St. Louis, reuniting with the Cardinals after 10 years away playing for both ...

How Worried Should We Be About the Bengals’ 0-2 Start?

by Evan Bruner The Cincinnati Bengals were the darlings of the 2021 NFL season. After drafting inside the top five in 2020 and 2021, the Bengals’ sudden resurgence into contention made for one of the most interesting storylines in all of football. The team was exciting, flashy, and incredibly successful. ...

Bruner’s Beat: How the Bears Could Upset the Packers

by Evan Bruner The rivalry between the Bears and Packers is one of the most storied in all of sports. However, it’s become a bit of a one-sided affair in recent years. The Bears haven’t defeated the Packers since 2018 and haven’t won at Lambeau since 2015. It appears the ...

The NFL returned, and the champs looked sloppy

By Jack Grupka The reigning Super Bowl champs – the Los Angeles Rams – looked lost in their season opener Thursday night, a 34-10 blowout to the Buffalo Bills. The Rams were among a few teams in the preseason that were picked to win the Super Bowl this year, so [...]